Here you will find a direct comparison between some of my drawn animal portraits and the original photo.

If desired, changes are possible, as with the dog portrait “Alkira”. The dog should be drawn without harness and without background. For the horse portrait “Diego” I was asked to remove the saddle and instead to fade the back easily.

Also collages with several animals, which are optically combined appropriately, are possible. Collages will be created with various photo templates, such as the horse and tomcat collage “Kazoo and Poldi”.

In exceptional cases (!) it’s also possible, to revitalize bleared eyes – IF I can see corresponding details on the original photo, such as on the German Spaniel Portrait “Zino”. On the original photo I could make out the outlines of the pupil and thereby it was possible to reconstruct the eyes.

There is almost no limit to creativity and imagination. Please let me know your wishes and ideas regarding the implementation of your animal portraits. 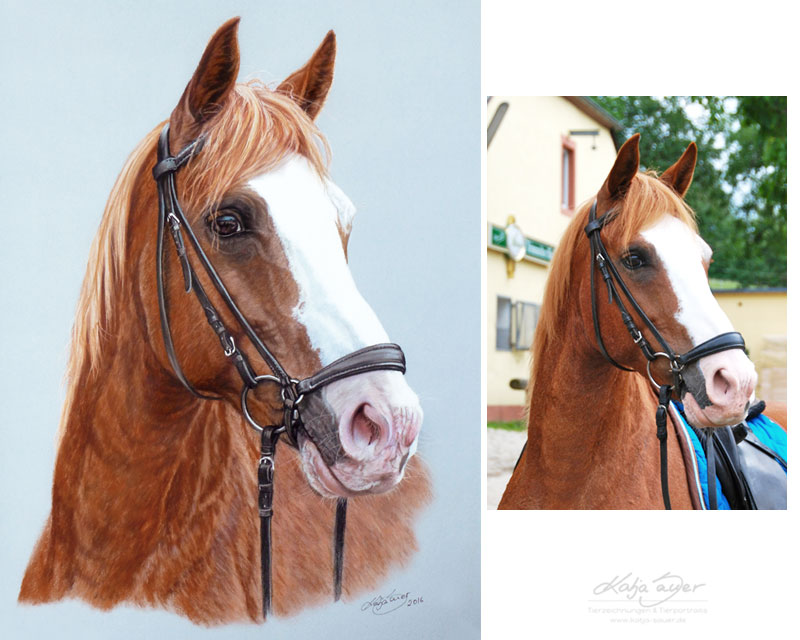 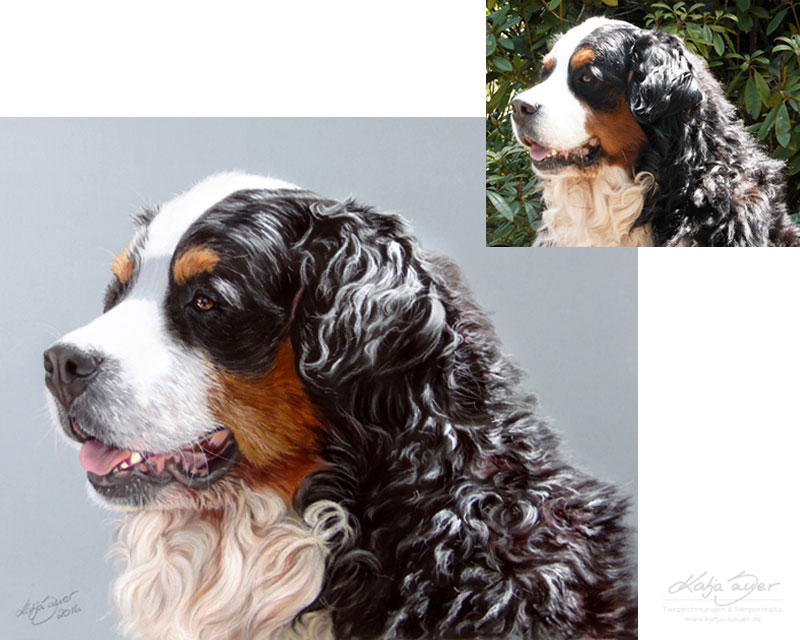 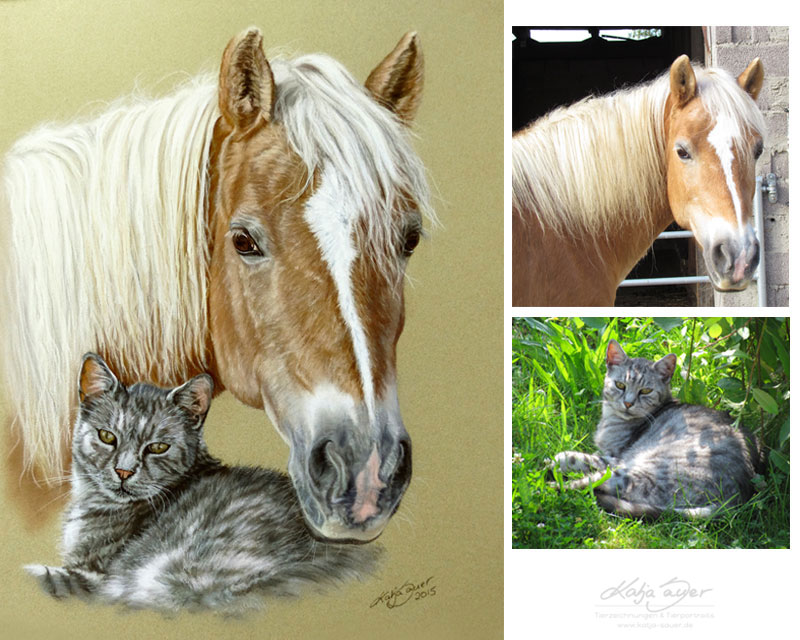 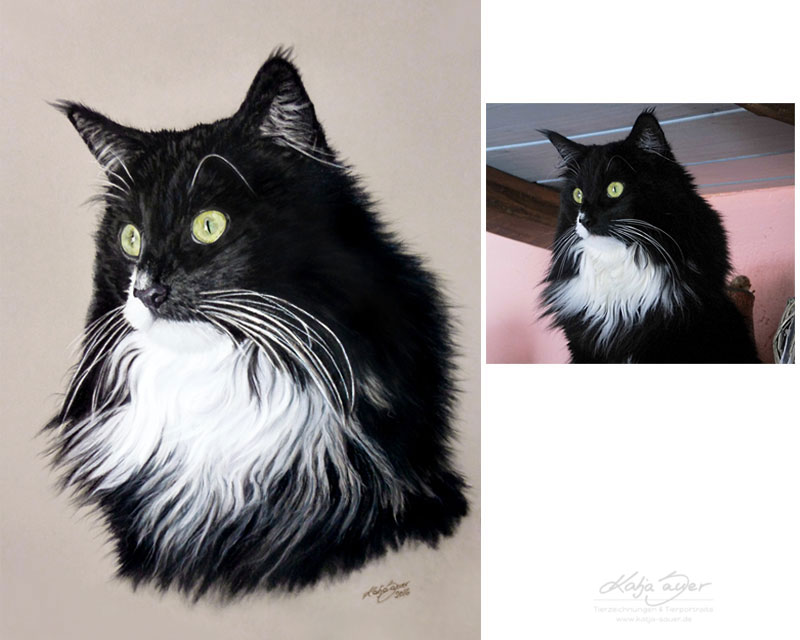 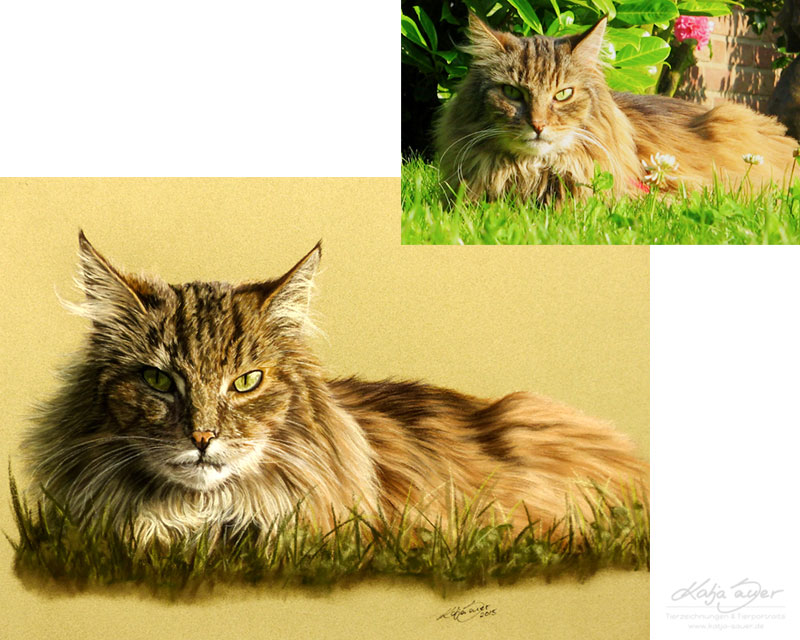 A heartfelt thank you to the customers for their friendly permission to use the original photographs for the comparison! ♥